Who are we really??

Play Contemporary Leadership CoLab > Friends of Play CoLab > Who are we really??

Funerals are an odd concept to me, spending an hour or so coming together to celebrate a person’s life when they are gone, when in reality that celebration would be so much greater if that person was there to hear it all, to hear just how much those around them valued “who they were” and how that came to life via “what they did”.

However, a funeral can also be a time of great realisation…well, it was for me at least.  It was at my Pop’s funeral that I really understood that there is only one person in the world who ever really knows the “whole you” and that’s you…everyone else only gets the part of you that they were involved in, the bit of you that you allowed them into, so it makes sense that you need to be the one to navigate and have clarity on the question of “who are you?”

Why is that relevant? Well a few months ago I was challenged to answer that question and I’ll be honest I’ve been struggling  with this question big time and that makes me rather uneasy – how could I not immediately know  “who I am”…well that’s because I realised that this isn’t a question answered by “I’m a Mum”, “I’m a wife”, “I’m a marketer”, “I’m Head of Online” – that work titles and the roles you play are not the answer to this question…so I’ve been uncomfortably stuck on this question for some time now…

A eulogy tends to explain what you did really well, from your first steps in life until your last but for me the meaning of ‘who you are” came as I was listening not to what was being said but what had resided deep inside the man my Pop was, what was motivating him to do what he did…consistent words sprang to mind for each speaker, similar and repeatable themes came through in every speech.   My Pop got things done.  It came to life in the things he did with his family, the buildings he designed, the shared community spaces he created, the globally disconnected countries and communities he brought together.  He was a Husband,  a Dad, a Grandad, a Great Grandad, an architect and he was a Rotarian.  But they are all just titles.  My Pop was considered a “change agent”, someone who “saw the world in 3D”, someone who could picture what something could look like, could create something as yet unimagined and was impatient for others to get there faster,  someone who continued to create new places and ways for people to connect together right until his last day – yip that’s “who he was”.

Whilst his funeral could have been experienced by reflecting on “what he did”, what that farewell did for me was to articulate who he was – a change agent, a creator,  a man who put service before self.

So what would I want people to know of me when I’m gone…well the funny thing was I felt deeply connected listening to the type of man my Grandfather was, always busy, always driving to an outcome, having a clear vision, wanting things to be better, to challenge and believe that just because we’ve done things that way before doesn’t mean it’s right for now and I felt like that was or could be me…I like to have a project, to bring people together to get things done,  to lead others and I believe I can be (or am!) good at that…but what I need right now is make sure I use that ability to “get things done” for more than just the things on my to do list (both at home and work).

My Pop told those he mentored – if you want to be remembered “do things differently” that you have to do it “your way” – well that’s who “I want to be” – so I guess it’s up to me, after all, to have clarity on that as no one knows me as well as I know myself… 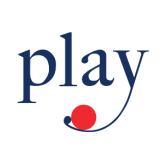 A year of living consciously…..
Why Bitching Feels So Good